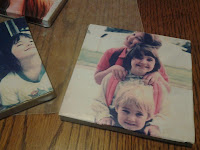 I got this idea from Crunchy Betty! As soon as I saw them and how easy and inexpensive they looked to make, I knew I wanted to try.
Katie and I decided to make some as Christmas gifts for our parents and then also for our younger brother, Michael and our new sister-in-law, Lauren. We had some photos of us as kids, and then some photos from Michael and Lauren's wedding.
We got everything we needed one Saturday afternoon and it took us like ten mintues to do eight tiles.
What we used:
slate tiles from Lowe's, they were 37 cents each
Mod Podge
a paint brush
scissors
our photos printed on regular paper 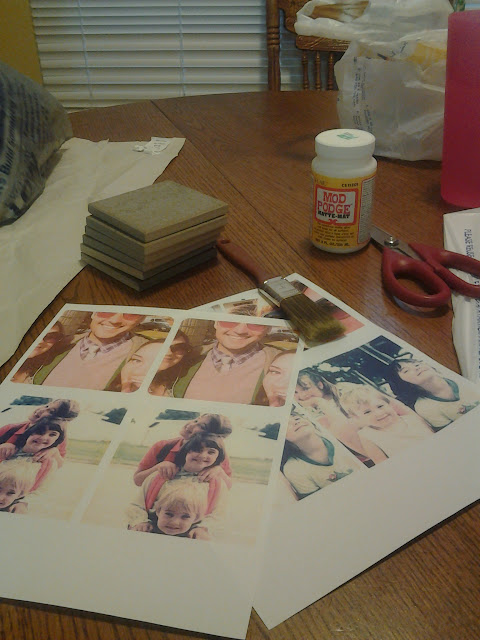 We made our photos 4x4 inches before we printed them and used the 3.8" square tiles 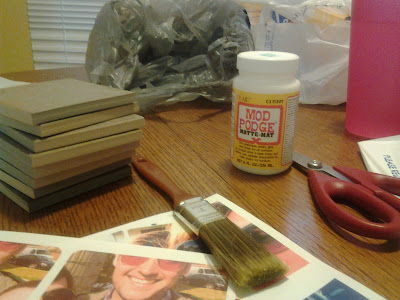 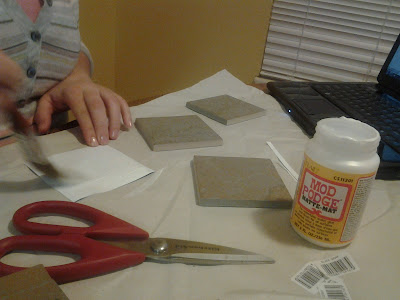 Then placed it square on the tile 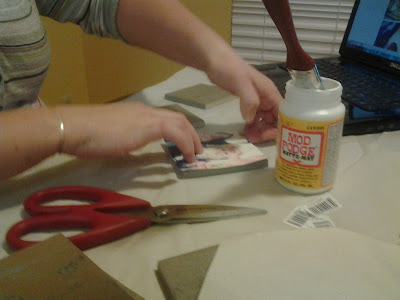 Then Katie trimmed off the part that was hanging off (we couldn't decide if it would be better to have the paper flush with the tile or to wrap it over the edges, so we a little of both) 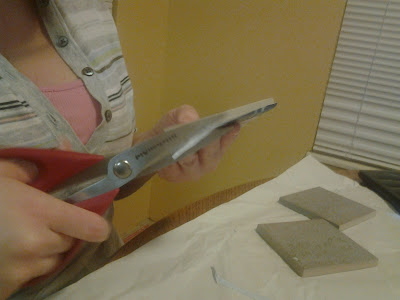 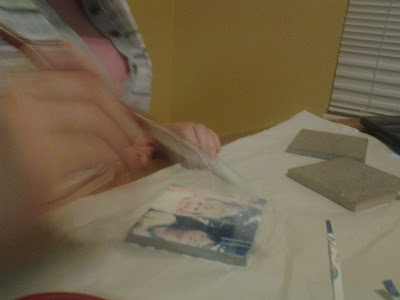 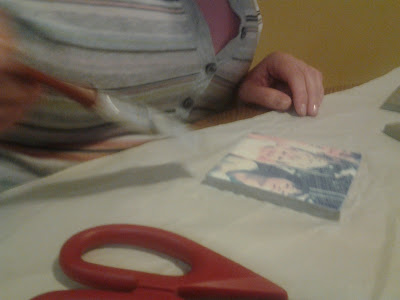 The Mod Podge dries clear and they all turned out better than expected! 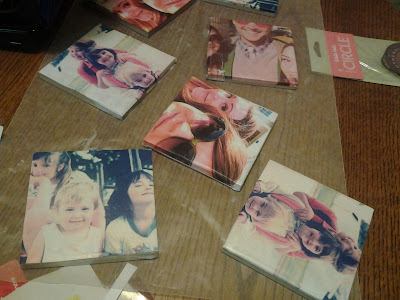 These picture tiles can be hung with picture hangers or you can make smaller ones into magnets (this size would probably be too heavy) or Crunchy Betty said to put some kind of waterproofing on it and turn them into coasters. 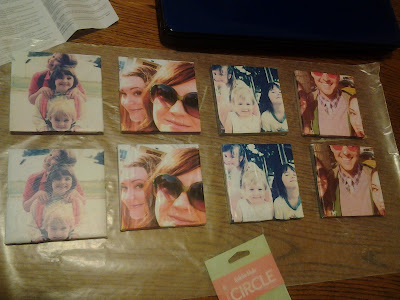 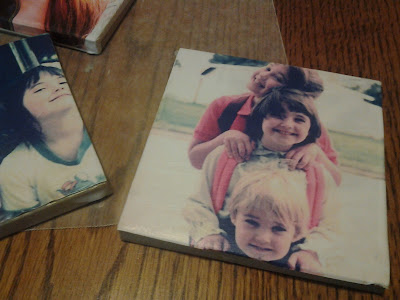 A few days later we made tiles out of these photos for Michael and Lauren: 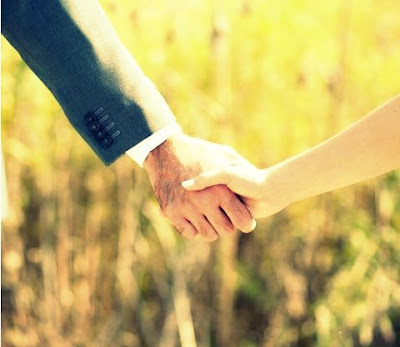 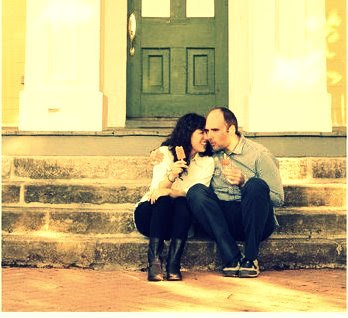 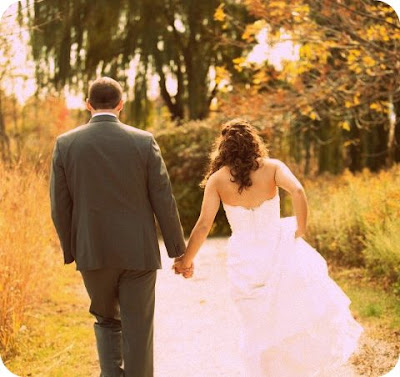 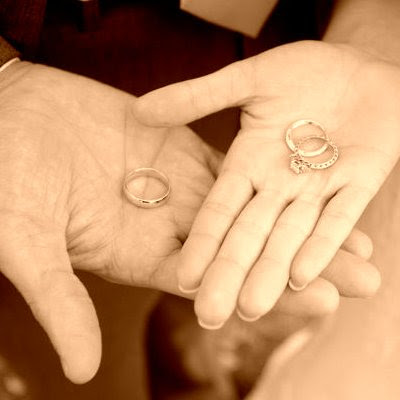 Don't tell anyone, but I was told that brother cried upon receiving these :) 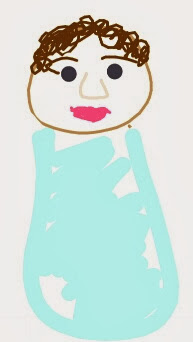 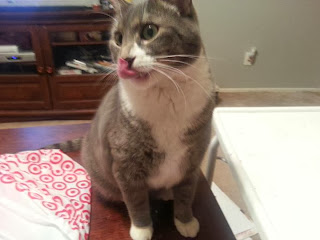